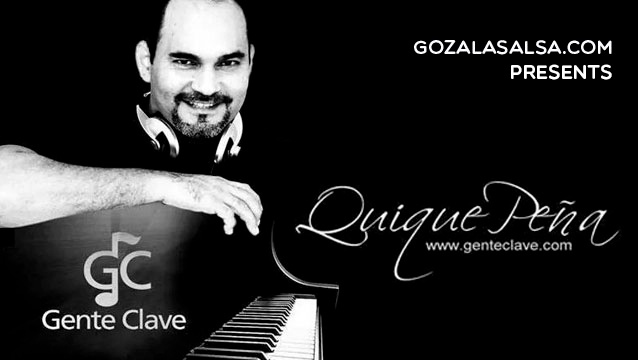 For over 25 years, Quique has been taking his music across many stages and places.

The story of Quique Peña

Quique started his career as singer from a very young age. But it was in 1984 when he started to have an important role in some of the local salsa bands in Panama.

His love for the salsa music led him to start his own band “La Gente Clave“.

After some time and thanks to the salsa fans, he is bringing his first album. In this album is posible to find new hits and covers of the most famous latin american hits from all times. Nuestro Mundo is the hit that highlights in the album. This salsa song has been composed by Ricardo Salazar, David Vega and Quique Peña.